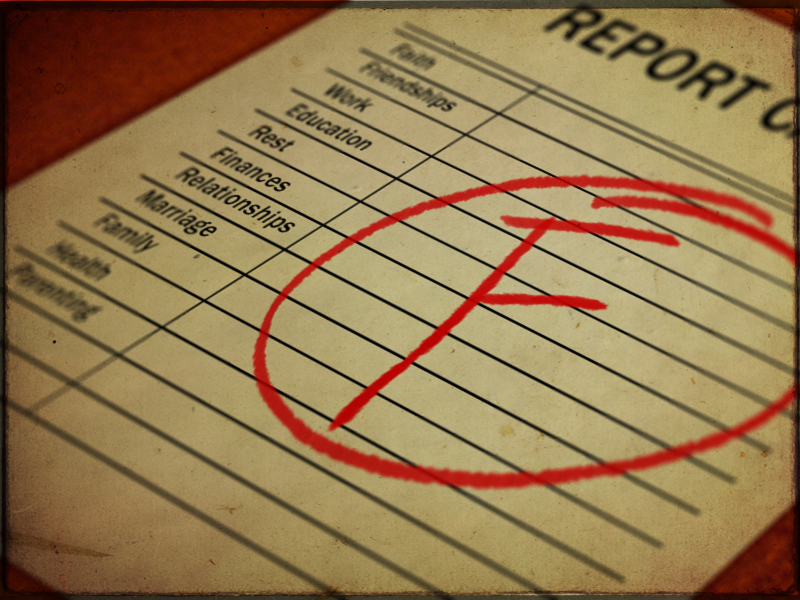 The failure fetish gets another airing in a TEDx talk, brought to my attention in a recent newsletter from a colleague.

A child does poorly in a school test and doesn’t tell me, his mother, says Dr. Kathleen Ciez-Volz. ‘Gabe is embarrassed by his failure and afraid how others might react’. Risk-taking, mistake-making, and lifelong learning, TEDxFSCJ.

So far, the story seems reasonable, if that happens to be true of her child, yet she might be cautious about generalising from this instance, especially as it hints at her own greater failure as a parent to have frightened her child to that extent.

Still, let’s accept her claim that it’s human to avoid admitting error, as we may be vulnerable to others’ potentially negative perceptions of us.

Her next statement, though, is an outrageous generalisation. ‘Mistakes, errors, failures are frightening, intimidating and even shameful. We are afraid of failing, forgetting, being wrong.’ Now this may be true of some people in some circumstances, but it not generally true of most people in most circumstances, as far as I can tell. And if it turns out that we disagree about that after we’ve considered the arguments, then at least we have a testable hypothesis, which could be explored beyond Kathleen’s questionable mothering evidence.

Are there cases of people ordinarily not being afraid of making mistakes, failing, forgetting, being wrong? Of course there are – all over the place. Starting very close to home, I’m typing this article. I’ve made several typing mistakes along the way. I had no fear whatever about making those mistakes. The computer helpfully underlines what it identifies as possible errors, and I read through before sending. Most of the typing mistakes have so little emotional impact on me that they are barely noticed before being corrected. If I make an unusually large number I may be irritated for a moment or two. If it carries on, I might take a break. I don’t mind admitting these mistakes and I wouldn’t expect people to have negative perceptions of me, unless I happened to be in a typing contest and was thus disappointing the punters who’d backed me to win.

Between us, I’m guessing we could list hundreds of activities we engage in every day which carry risks of mistakes and failures but no accompanying fear, intimidation or shame.

I enjoy quizzes, but have no fears about forgetting answers – in fact it’s on the borderline between what I can and can’t remember that I get most enjoyment. I’m not afraid of failing to catch the post or failing to do all the items on my to-do list today. These are everyday risks I take, in order to get things done that I want or need to do, and sometimes I succeed and sometimes I fail. I prefer success, I like to make as few mistakes as possible, I correct mistakes when I notice them, I am not scarred by failure.

If we consider more extreme instances, it’s true that I take more care to avoid failing when the consequences of failure are greater. If I fail to cross the road because I have been hit by a car as I stepped into the road, that can be catastrophic. Even here, though, I’m not convinced that my major emotion is fear. I’m not scared of crossing a road, and there are no moments in a routine crossing during which I’m frightened of being hit by a car. I’m aware of the dangers and feel mostly a mixture of alertness and caution, when crossing a road. I feel fear only in the rare instances when I see a vehicle coming towards me at a speed that makes a collision seem likely. That’s a useful feeling, which galvanises me to leap quickly out of harm’s way.

When you realise that her argument is based on such a feeble premise, the rest of what she says might strike you as bizarre (though increasingly common). This (supposed) fear of failure prevents us from reaching our full potential, she claims. Eh? It prevents us from getting hit by cars or jumping off high roofs or putting our fingers in electrical sockets: parts of our ‘potential’ we may not wish to reach. So that is good: whereas her argument is that we should not fear failure. ‘Embrace failure’ she says. She may as well say, ‘Go damage yourself,’ if she wants you to experience failure at the limits of your health and happiness.

She also advises, ‘Reframe your perception of mistakes and failure as a part of the learning process.’ Well, OK, although I don’t need to reframe anything to do that. They are already part of everyone’s learning process, though perhaps less useful teachers than she seems to think. In a self-congratulatory story, Kathleen’s example of learning from a mistake is learning not to hurt someone’s feelings. Then she also learns, from good advice – not from the mistake itself – to apologise.

From mistakes we learn specific things not to do again. From failure we may also learn useful limits of ambition or clues about our abilities to recover. If the failure remains a failure about which I do nothing, I learn only the useless and depressing details of that failure. We learn a lot more from success or from the recovery from failure. I wonder if anyone is making TEDx talks with that message?