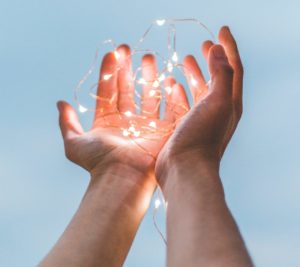 When we are not face-to-face with each other in real rooms, we can lose people’s attention very easily. Participants drift away mentally – and who knows what happens when the camera is turned off?

So the quality of input drops and the work suffers. Yet there are really simple ways to engage and sustain people’s attention on a topic, by developing multiple communication channels.

I’ve recently been involved in a series of online meetings, firstly with three to six colleagues, then bringing in six to eight clients. It’s fair to say that everyone’s levels of interest have fluctuated depending on their various reasons for being there.

I tend to switch off during the administrative and logistical details, perking up again when we are being creative or when it’s my turn to facilitate the discussion. Others have their own preferences.

But by keeping multiple communication channels open, we’ve succeeded in getting high-quality contributions when we need them and have sustained and grown the project over several months.

You may have other document-recording apps you like to use but it’s having MULTIPLE channels of communication for participants that’s the key – to maintaining attention and capturing contributions.

I know one facilitation company who deliberately blocked all participant to participant chat during their meetings, based on their concern that people wouldn’t focus on the featured speaker.

According to the participants I spoke to, cutting the personal channel felt controlling and indicated a lack of trust. Of course they quickly found ways around it with messenger services, incidentally creating an us-and-them rebellion, which completely countered the intention of the organisers.

My view is that if people want to talk to each other one-to-one, that’s great. Whether they are letting off steam or testing a nascent idea before offering it to the larger group, it’s an advantage of virtual set-ups that side conversations can happen simultaneously without disturbing the whole team. In school classrooms it’s more the distraction of note-passing that’s the problem, than any inherent ‘naughtiness’ of people wanting to communicate with each other.

It’s true you now may not see or hear everything, but this feeling of loss of control is more than compensated for by the increased richness of communications.

By opening up multiple channels, we are encouraging participation, engagement and it’s our best bet for including as many people as possible in the ways they prefer to work – which also promotes good will.

Let’s treat people as competent to manage their own focus, trusting them to contribute as fully as possible, by giving them the range of communication channels to allow them to do so in the ways that best suit them.

How effectively are you communicating in your meetings?

What communication channels are you using and are they getting you the results you want to see?

If you’re hosting meetings or training sessions and struggling to get quality contributions and output from your group then take a look at The Inspirational Facilitator.

(Photo by Diego PH on Unsplash)