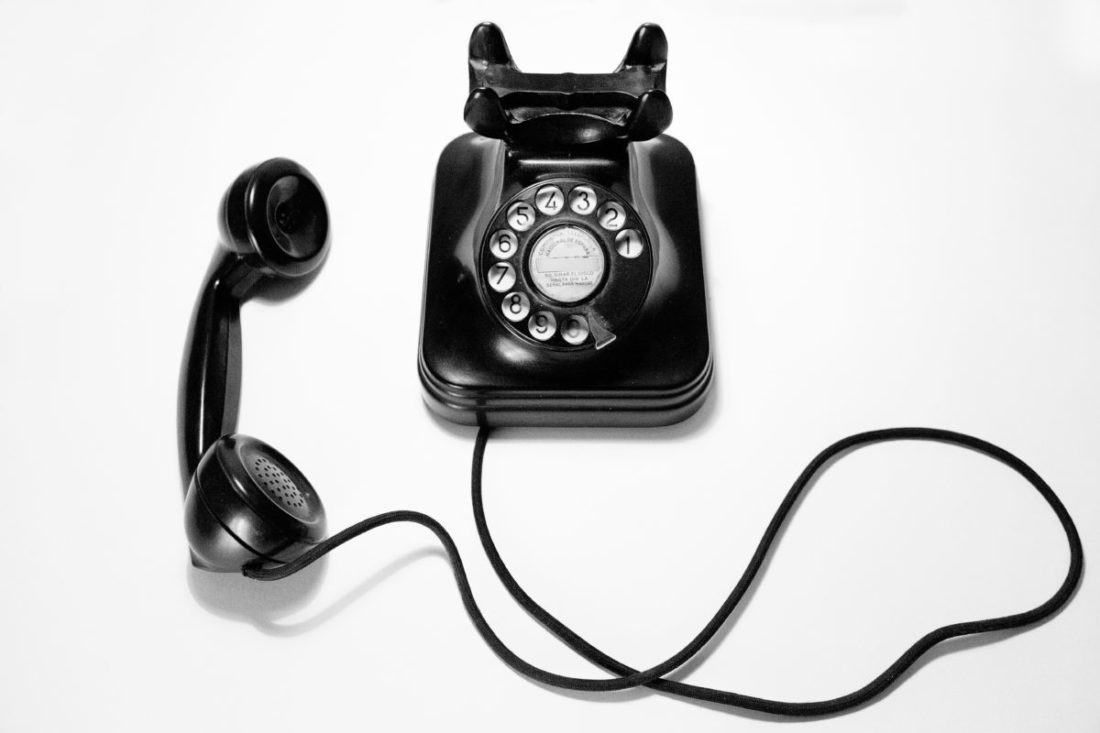 It’s called ‘Telephone’ and it involves each player in the team passing a mimed message along the line, one person at a time. Usually the physical signals mutate and the message at the end barely resembles that at the beginning. It’s amusing to watch and can hammer home the ideas that communication Is difficult and that it often goes wrong.

In this instance, the team had passed the message along with great fidelity and the facilitator was stumped. He expected and needed them to fail so that he could teach them a lesson about how to do it better. For example, they might come up with the idea of checking that the person next in line has got the message correct before passing it along. His view was that without mistakes, there could be no discussion where that potentially useful suggestion would be made.

To his credit and experience, on his feet, he came up with an affirmation of the team’s ability, saying ‘you certainly are a good team’. What did not occur to him at the time because of this fixation on failure and his assumption that this is how this communication game is supposed to work, was to ask some different questions. It was a wonderful opportunity to ask the team how they managed to accomplish such a high standard of performance in this task:

In short, he would have been helped by the LIFEPASS improvisation principle, ‘Spot success’*. This principle reminds us that good improvisation consists of using what’s available, and in particular using what’s there that is working, (or if nothing is working, then what’s available that can be made to work) in order to advance. It’s the grand idea from hypno-therapist Milton Erickson of ‘utilisation’, or – in improvisers’ language – the selection of what to say ‘Yes’ to, so that you can add an ‘And’.

By spotting successes, participants in any discussion or activity are put into a resourceful state with which to take on new challenges and (as in this case) perhaps to become an even more consistent or accomplished team. Whatever the facilitator might have assumed, they didn’t need to get something wrong to produce an opportunity to learn or to get the next thing right.

Read more blogs about LIFEPASS: Eight secrets for applying improvisation in life and at work 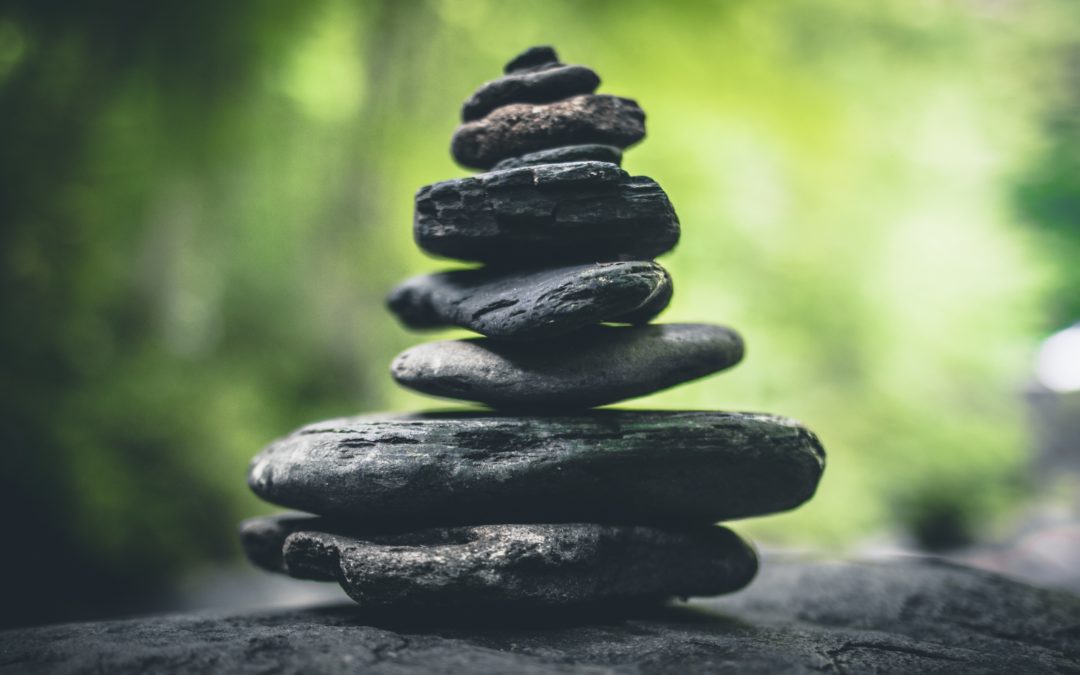 How to juggle content and processes, without getting overwhelmed

As a facilitator, your attention is dragged in at least three different directions – towards the content, the process and the people.

It’s your responsibility to look after all these dimensions. But, for a whole range of reasons, there are times when your participants are no longer on-board..

END_OF_DOCUMENT_TOKEN_TO_BE_REPLACED 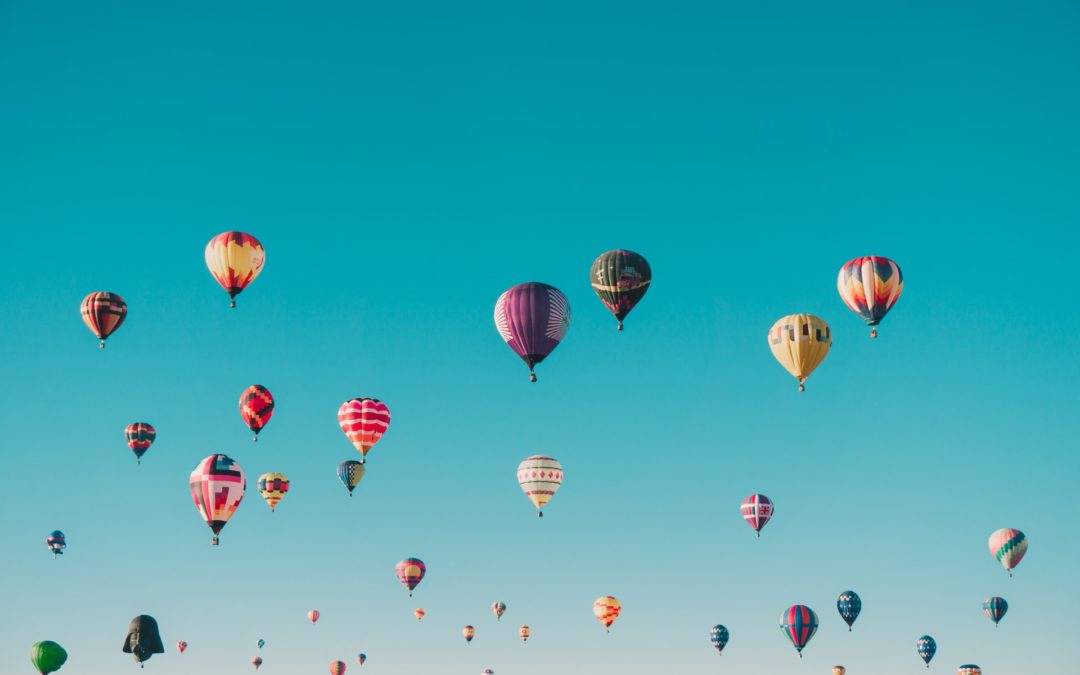 How can we transform meetings from deadly dull to valuable and vibrant?

Too many face-to-face meetings, workshops and conferences are bitterly disappointing. Poorly structured, ineptly hosted and devoid of energy or results, they leave you wondering why the event took place at all. Since the arrival of Covid, the same is true of online events..

END_OF_DOCUMENT_TOKEN_TO_BE_REPLACED 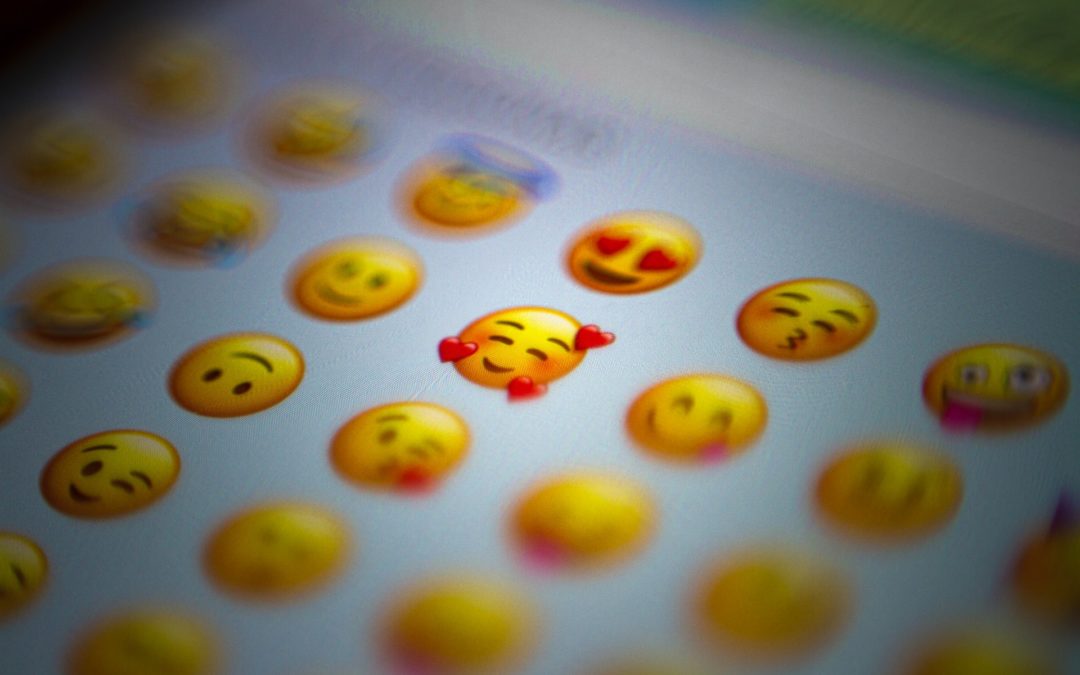 A good way to finish an online call – Virtual Facilitation #10

What’s a good way to finish an online call and ensure that you end with a continued (or increased) sense of engagement, and bring a feeling of completion? This is my adaptation of an activity I learned at a recent gathering of Oxford University alumni. “We’re all familiar with emojis? Yes!”

END_OF_DOCUMENT_TOKEN_TO_BE_REPLACED 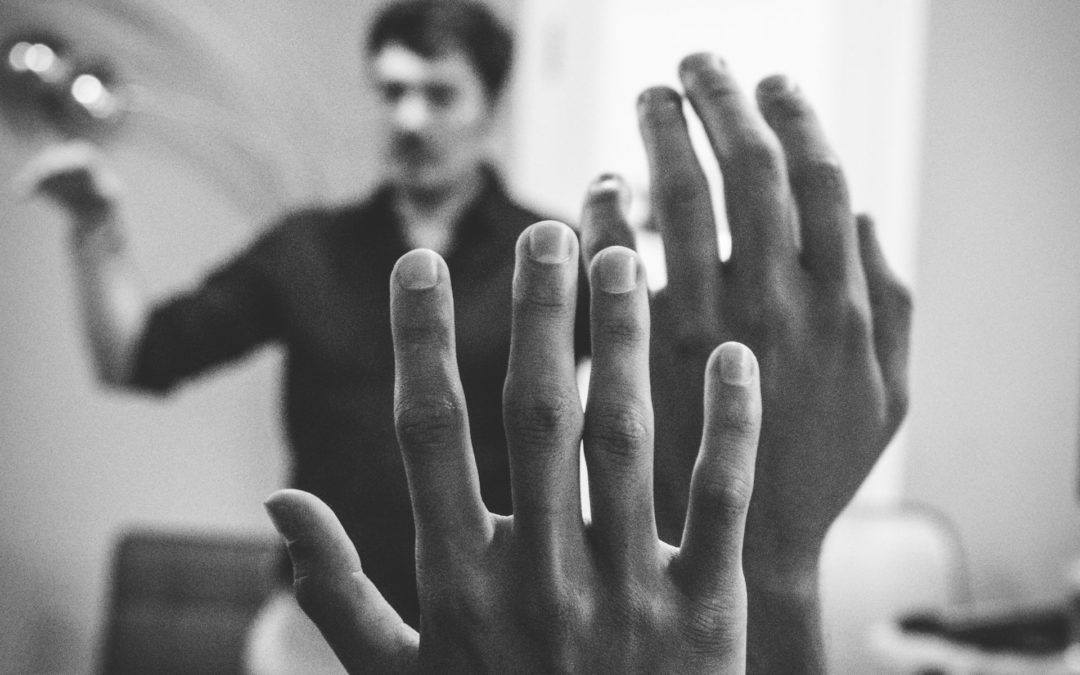 Why turn-taking is so important online – Virtual Facilitation #9

Turn-taking is a prominent part of a meeting, whether off-line or online. When we used to meet face to face in the same rooms with each other, we all knew whose turn it was. It was always the turn of the next most confident or senior speaker – unless the meeting was facilitated to allow others to step in first..

END_OF_DOCUMENT_TOKEN_TO_BE_REPLACED 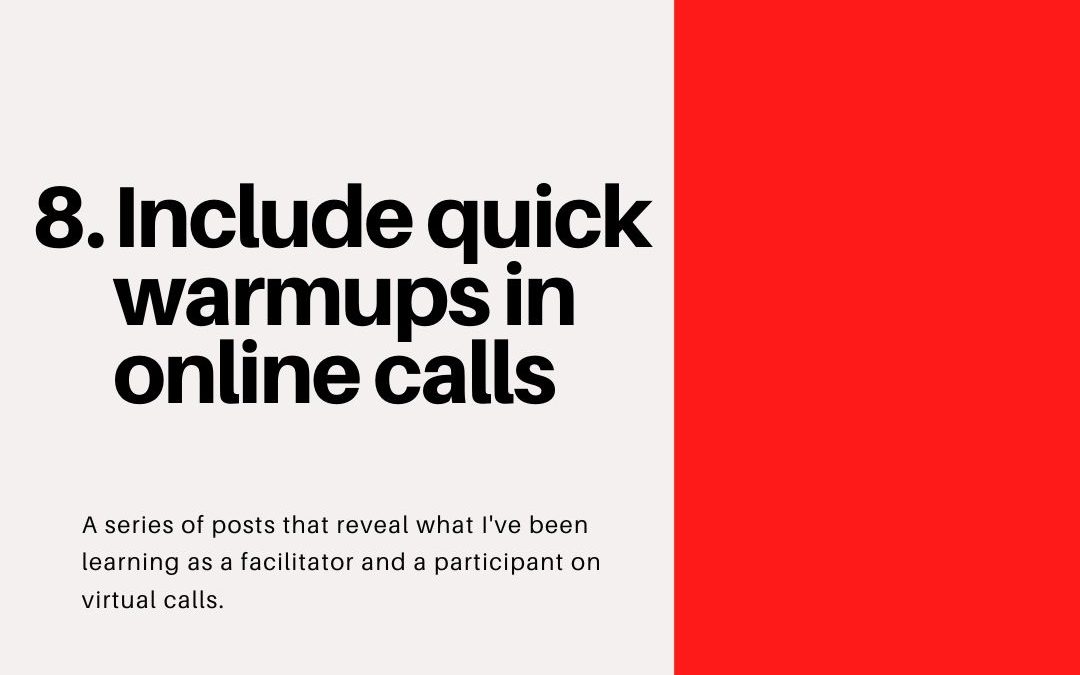 Why should you include quick warmups at the start of online calls? They help familiarise everyone with the technology. Then it’s less likely that people will feel excluded or marginalised.

Here’s a simple warmup which works well with larger groups..

END_OF_DOCUMENT_TOKEN_TO_BE_REPLACED 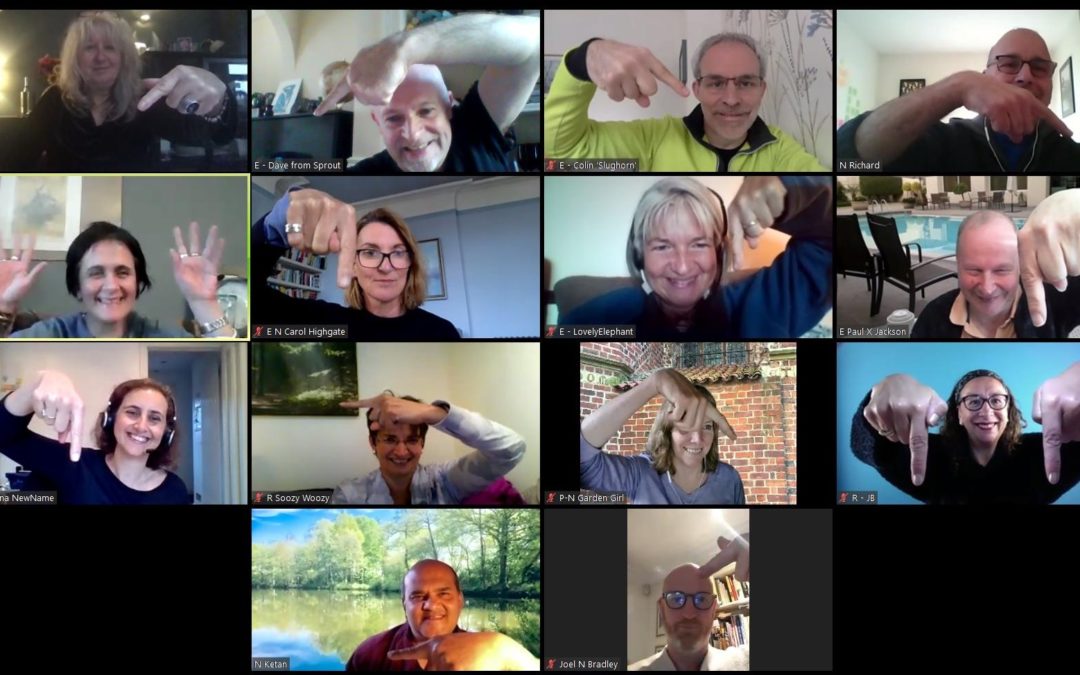 You can easily get inventive with simple activities on Zoom.

This picture from a London meeting of the Applied Improvisation Network illustrates a quick game, based on ‘Where’s Wally?’ and retitled for our gang as ‘Point to Peter’.

Read on to find out more..

END_OF_DOCUMENT_TOKEN_TO_BE_REPLACED 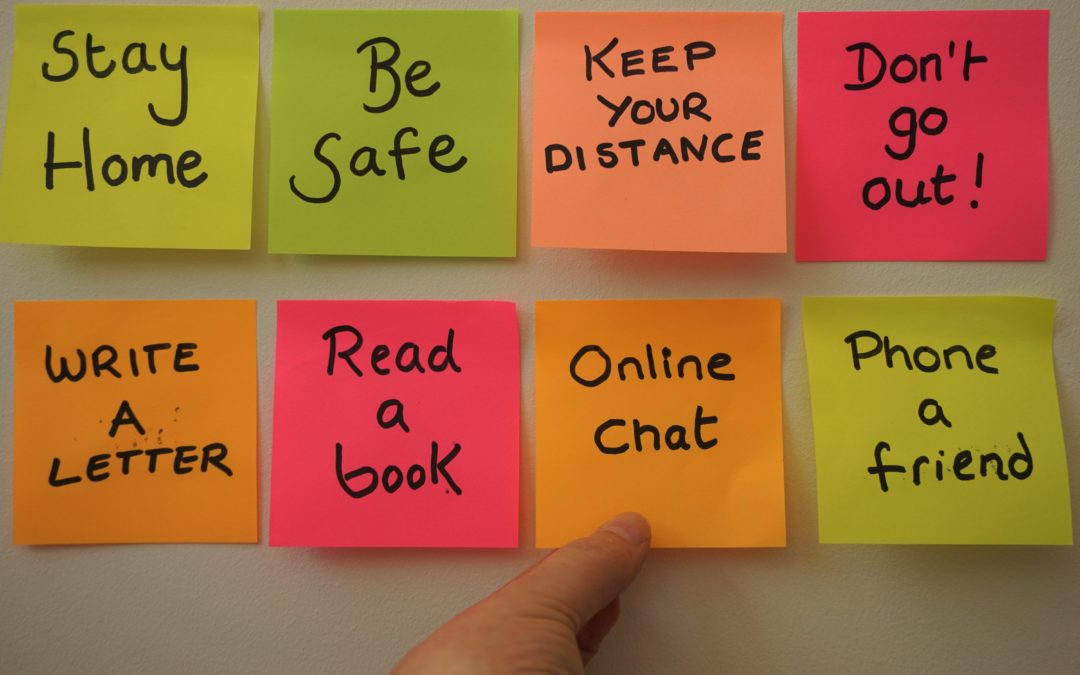 Who decides what’s the New Normal?

What will our new normal look like? As we adjust to a world containing Covid19, there are many ideas about what’s going to be different and what will stay the same. Pre-Covid, life, more or less, went on. Then suddenly with the pandemic a significant number of interactions stopped or changed…

END_OF_DOCUMENT_TOKEN_TO_BE_REPLACED 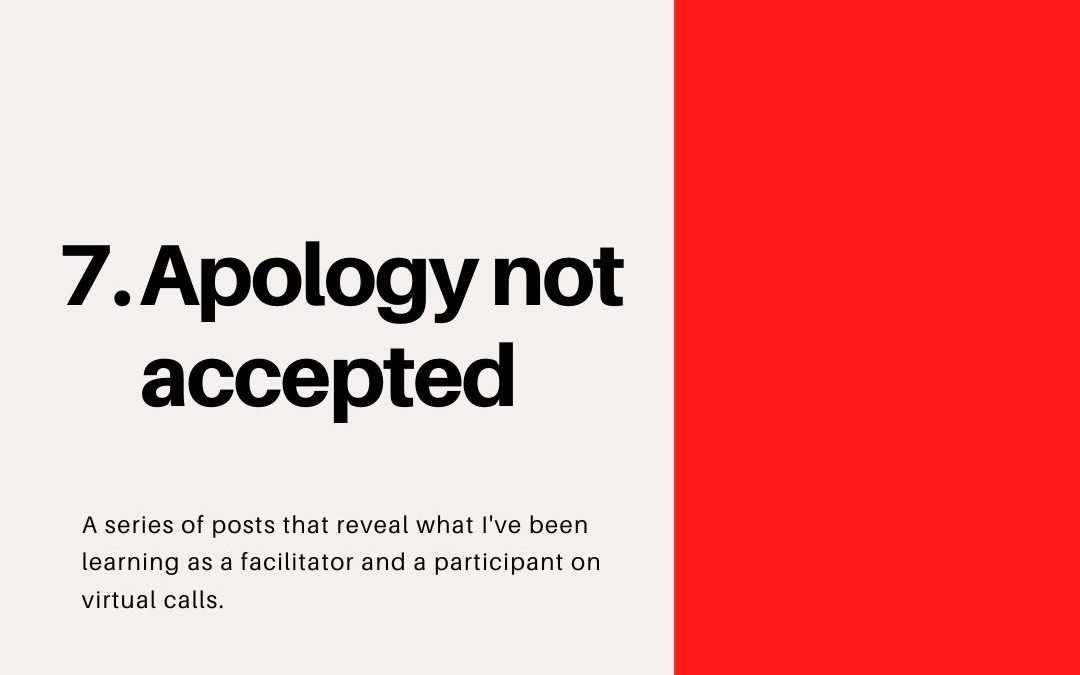 How many times are you hearing apologies for poor use of technology during online calls?

END_OF_DOCUMENT_TOKEN_TO_BE_REPLACED 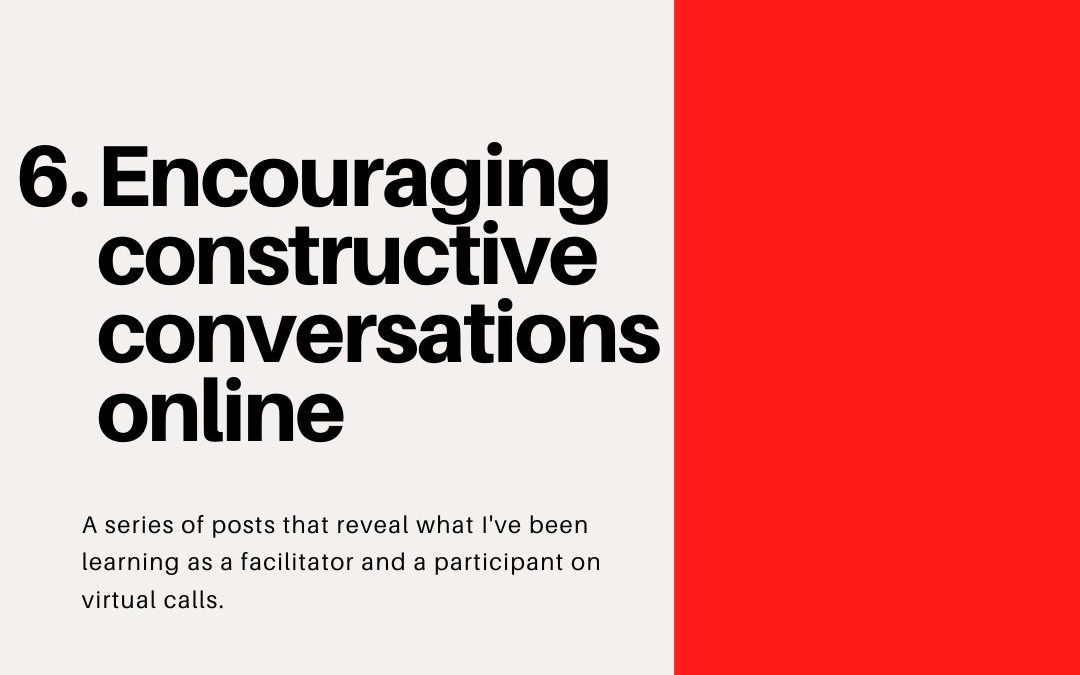 If you put your participants into breakout rooms, you can’t expect great conversations online to break out automatically. This is where you need to take even more care in an online world than when facilitating at a f-2-f conference or workshop..

END_OF_DOCUMENT_TOKEN_TO_BE_REPLACED 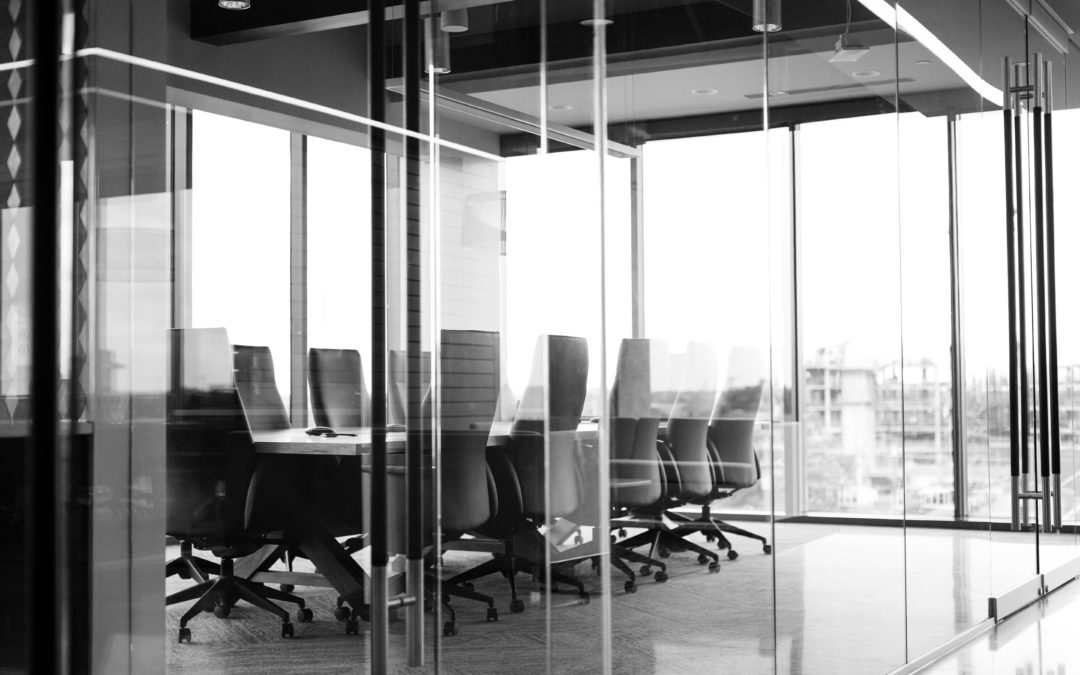 What this disruption means for the future – two confident predictions

Many of us are discovering new possibilities in lockdown and also wondering what the future might look like. We’re questioning the ways that we have been used to working all these years. Whether work simply stopped or was conducted exclusively from home, there was a sudden and unavoidable disruption.