Why you are losing out by irrational risk-aversion 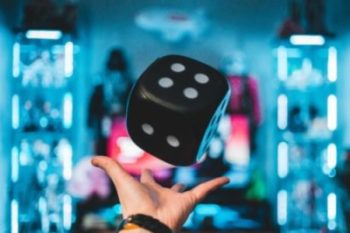 We all love behavioural economics, right? With their clever psychological experiments, counterintuitive insights and wonderful nudges, they throw fresh revelatory light onto our thinking and behaviour. Take for instance risk-aversion.

The key insight in several of the books I’ve been perusing is that we tend to be risk-averse for gains, but the opposite for losses.  In other words, the threat of a loss weighs heavier than the prospect of a gain. That is to say, you would work harder or take more of a risk to prevent yourself losing something, compared with the effort you would put in or the amount you would invest to acquire the equivalent extra.

Now, purely rational economic agents would see a gain or a loss of the same amount as being of equivalent worth. This means there is an opportunity to exploit this psychological quirk by overcoming it for ourselves or by noticing it in others.

This plays out every day in organisations, explains leading light Richard Thaler in his entertaining book, Misbehaving: The Making of Behavioural Economics.

‘Each manager is loss averse regarding any outcomes that will be attributed to him. In an organizational setting, the natural feeling of loss aversion can be exacerbated by the system of rewards and punishment. In many companies, creating a large gain will lead to modest rewards, while creating an equal-sized loss will get you fired. Under those terms, even a manager who starts out risk neutral, willing to take any bet that will make money on average, will become highly risk averse. Rather than solving a problem, the organizational structure is making things worse.’

In Thaler’s example, the company ends up under-investing in many good opportunities, because the consequences of those investments failing is disproportionate. It’s a wide-ranging book, full of wonderful insights, and as the author of the book ‘Easy’ I was especially taken by his number one recommendation for public policy.

‘1. If you want to encourage someone to do something, make it easy. This is a lesson I learned from Danny Kahneman, based on the work of Kurt Lewin, a prominent psychologist of the first half of the twentieth century. Lewin described the first step in getting people to change their behavior as “unfreezing.” One way to unfreeze people is to remove barriers that are preventing them from changing, however subtle those barriers might be.’

It turns out that you can’t get people to insulate their attics even if you give them generous subsidies to do it and prove that the investment will pay off in energy savings. To make it happen, it’s less expensive and more effective to offer them help to get their attics cleared – that is, make the process easy – which is what they need to do before they are ready to insulate.

Where might you be able to take more risk to reap gains? And how can you spend less time and effort avoiding trivial losses?