How to get the Burstiness of Creativity 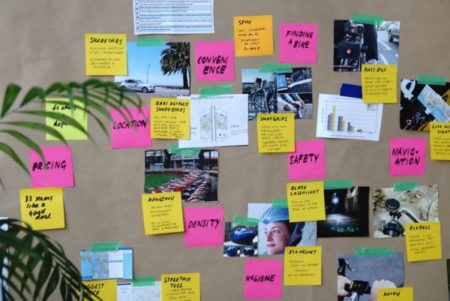 ‘Group brainstorming is usually where creativity goes to die’.

How many of us have been part of a bad brainstorm? But what if it’s not about the group but about how ‘bursty’ it is? And how can improvisation create burstiness?

Creativity comes in bursts. Well, that’s according to the Adam Grant podcast ‘WorkLife’, in which he visited Trevor Noah and ‘The Daily Show’, [The Daily Show airs on Comedy Central to millions of people in the US] where they have ‘burstiness’ down to a fine art.

How do you create ‘bursts’?

The best working meetings of their production and writing team, they say, are characterised by ‘burstiness’ in the room.

A burst consists of many voices joining in the conversation, with quicker contributions and even interruptions, with wit piled upon wit. Think, crowded family dinner with everyone talking over one another and in the flow of making jokes.

The bursts of communication are all very well, but you have to pick out the nuggets from the dross if you want the show to be any good.

While judgement in the writing room is not suspended, it’s not criticised either. They’re still hunting hard for the good stuff. Any contribution is treated lightly, and poorer ideas simply fade away as the truck rolls on. The buzz helps produce the best ideas, often through iteration, with a starting idea of one person improved upon by the next. Time is set aside in which these conditions apply, which is vital for a team that has to meet immovable deadlines every day.

How does this relate to improv?

Burstiness consists of the improvisational practices of ‘short turn-taking’ and people ‘accepting and building’ on each other’s suggestions. These are two of the core principles collected in LIFEPASS, which are concepts and principles of improvisation. The producers are also aware of ‘freedom within structure’ (the F in LIFEPASS).

One of the staff writers on the show even comments: ‘We’re improv-focused.’ 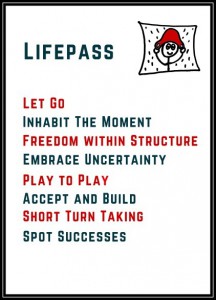 It’s under these conditions that the crew at The Daily Show experience psychological safety – meaning that they can take risks.

Often colleagues and employees don’t feel they are safe to say what they want in fear of judgement or it being a ‘silly’ idea. Whether they’re in a room with their CEO or someone who tends to dominate the conversation, improvisation principles and burstiness lead people not to censor themselves.

At The Daily Show they also give credit fast and openly. This means everyone’s feeling ready to let go of their inhibitions and willing to contribute.

How do I apply this to businesses?

How do the applications of improvisation and burstiness go beyond comedy writing? Burstiness has been measured by psychologist Anita Williams Woolley, who reports that the most innovative and productive teams she studied were the most bursty.

“By designing systems that facilitate bursts of communication and collaboration among team members, employers can achieve higher quality collaboration in their teams…”

Learn more about: how we combine creativity and practical innovation through improvisation