Getting beyond the fear when we drop our scripts 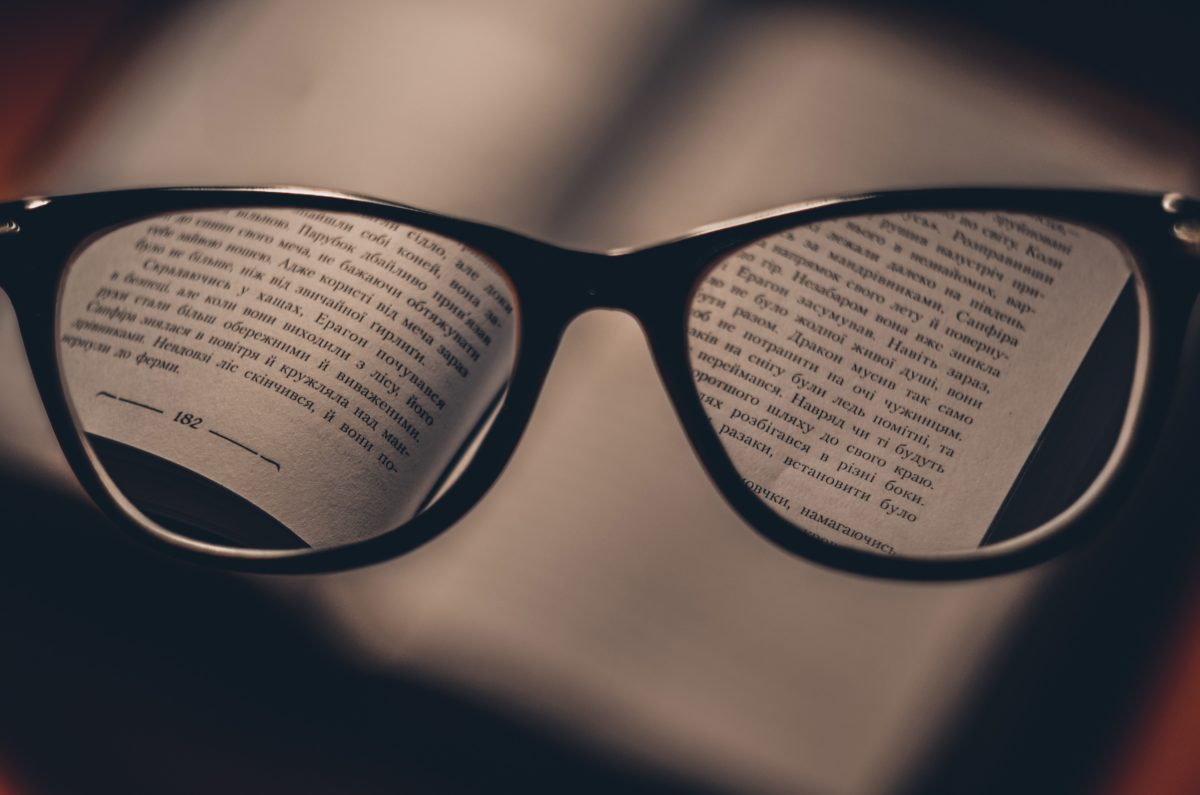 I’m always glad to see new books about applying improvisation. From a random dip, there’s a lot to like in Jeff Katzman and Dan O’Connor’s ‘Life Unscripted’. I was particularly looking forward to this one as I’ve enjoyed watching Dan perform and was glad to see he might be combining an improviser’s insight with those of his psychotherapist co-author.

Their guiding metaphor is scripts, and they contrast scripted interactions with unscripted with the latter characterised by presence and better relationships. They prefer unscripted interactions, which is to say improvisations; and their connected psychological theory proposes that we are all ‘trapped by the patterns that we believe define us’.

They say that these patterns are mostly unhelpful, and the authors reinforce that view by describing only unhelpful patterns in their examples. That leads them to suggest that we all need to be unscripted.

Although, there’s no precise definition of scripted, beyond ‘our traditional internal chit-chat’, we learn that a script precludes ‘daring to be present’. This might come as an unwelcome surprise to gifted actors whose very skill is to be present with scripts.

There’s a similar bias at the crux of their argument that the brain’s default is ‘No’. They add, accurately, that: ‘to grow we need new experiences’. However, if we are all stuck with this ’No’ default to new experiences, then it’s difficult for us to account for personal growth ever happening at all.

‘Yes’ and ‘No’ both have their uses

The reality is that sometimes we say ‘Yes’ and sometimes ‘No’. Both have their uses. It’s great when improvisers develop an enticing view of our remarkable abilities and innate potential, rather than worrying that some people grow less than they might.

What they’re presenting is a traditional, problem-focused and deficit-laden perspective on the world, in which people operate largely out of fear of making mistakes.

As I have written in various books and articles, I believe that a resource-filled perspective creates better conditions for profound change to happen.

In ‘Life Unscripted’, all the introductory case scenarios list problems which improvisation concepts can help to address, but which cut entirely from the picture all the ‘OK-to-functioning-well’ situations that improv can also serve, perhaps with an even greater prospect of good results. It’s improvisation argued for as remedial, both for staged scenes and for life.

As it happens, that’s a common view, which minimises or misses so much of improvisation’s promise.

It’s the myth that improvisation is only for when things go wrong.

Yet, really, there’s no need to wait for something to go wrong before embarking on making it better. If a business is flourishing, you can identify what you are doing that’s working well and do more of it. When the word ‘Improvisation’ pops up in everyday speech, it’s all about making the most of what you’ve got. A starting attitude of curiosity and joy in exploration is at least as likely, as one of fear, to lead to fruitful progress.

Referring back to the book – I like the authors’ recommendation that ‘we need to learn to play with those patterns’, both the helpful and less helpful ones alike. There’s value in breaking routines, as we have multiple opportunities to create new things, along with our frequent need to respond to completely new situations.

While the ability to break our routines is a skill for which a traditional school education poorly prepares us for, we do all improvise every day, as Dan and Jeff acknowledge. I’d love to see them explore the corollary that we are thus already skilled improvisers and know lots about it – and show how our universal experiences can be enriched by insights from professional improv.

Beyond Fear – we have many motivations

Jeff and Dan write sensibly about the undesirability of mistakes, listing many of their unfortunate real-world consequences, which is partly what prompts us to define them as mistakes. They mention useful strategies for avoiding them, which is great because mistakes interrupt smooth progress, produce mainly unwanted results (along with a few happy accidents), tend to annoy everyone involved and put glitches in helpful patterns.

Many mistakes are so inconsequential that we can move beyond them easily with no further ado. Others are sufficiently destructive to need dealing with – missing an appointment, a botched medical procedure, a vehicle crash.

The authors warn us against becoming: ‘overly perfectionist and afraid to try things outside our comfort zone.’  This chimes well with my invitation to ‘Join the Anti-Perfectionist League’. Beyond their focus on the overly perfectionist and fearful, I’d like to hear them speak more to the (rather larger) group who are fine with trying things out (within reason) and learning new skills prompted by ambition, curiosity, generosity and a thousand other non-fear-filled motives.

Instead, they propose that we: ‘look at failure as opportunity and to embrace mistakes as gifts’ – those tired old cliches of improv theatre training, which have little application beyond the safety of the workshop or stage, and which could probably benefit from a thorough re-think even in that protected circle.

Why does this matter?

It’s because, of all the mistakes we encounter, relatively few arise from psychological states that prompt those mistakes. ‘Fear-based’ just happens to be the category that improvisers like best to deal with – they feel they have insights into countering the ‘fear’ that makes performers perform poorly and make mistakes on stage.

More common mistakes include events such as accidentally standing on a bee (I saw it happen yesterday!), mistyping a website password or waving to someone you thought was someone else. These may have all kinds of causes, but fear is not among them. And it’s clearly a mistake to make one specific context stand for all.

Mostly, mistakes fall somewhere in the unwanted range, from trivial annoyance (poorly tied shoelace which comes undone), to disastrous catastrophe (failing to speak up when I could have defended a friend; inattentively letting a child step in front of traffic), and we need to be highly selective with our mistakes to truffle out the rare gifts.

That’s, debatably, a worthwhile pursuit but one that needs to be weighed against the psychological distress of paying so much attention to mistakes (and our failings). Whereas, Positive Psychology has strongly researched benefits of attending more to what goes well and to our strengths. If the desired results include learning and finding more of our greatest gifts, then the choice of what to attend to is even more acute.

We can take to heart the authors’ warning that attempting to always be perfect may cause damage, ‘if it becomes all-consuming’. And I’m sure we’d all agree that the practice of improvisation is a great way to counter unnecessary perfectionist tendencies. To remind us of the value of having a go, embracing uncertainty, and holding the results as lightly as they deserve to be held.

At the same time, I want a perfectionist dentist and accountant; I prefer a more improvisational comedian, gardener and life-partner. When my dentist faces a new situation, I want her to improvise skilfully, applying a well-informed sense of risk, which is entirely consistent with a professional perfectionist tendency.

We don’t want to be ‘living our lives afraid of making mistakes’ however, we do want to remain aware of those cases in which the price of fear might be worth paying – with lives at stake, for example. Instead of over-perfectionism, we can willingly ‘pay’ by other valid strategies such as taking greater care or thinking things through more clearly. Those could be more effective approaches leading to better outcomes, rather than just freeing ourselves from the fear of making mistakes.

The key insight – it’s risk we should talk about

The authors summarise it well in their key insight: ‘Remember we are not celebrating the mistake, we are celebrating the risk!’It’s not the mistakes that are worthy of applause; it’s the having a go (appropriate to your context) with sufficient appetite for risk, in events that may succeed or may fail.

Our normal desire to avoid making mistakes in most circumstances is not the equivalent of fearing to make them (with ‘fear’ as the supposed baddie in the mix).

If we don’t notice the important differences between a reasonable preference to avoid mistakes and super-perfectionism, we’ll get tempted by the idea of ‘learning to welcome our mistakes’, an increasingly common yet completely unnecessary enterprise in both life and improvisation.

The worthwhile intention of doing so would be to ‘create opportunities that didn’t exist before’. It’s a valid objective, which can be accomplished in many ways that don’t require a stance of welcoming mistakes or embracing failure.

As Jeff and Dan note, the classic model of being ‘taught to learn from our mistakes’ is that the mistake provides an opportunity to avoid doing the same thing in future. ‘Don’t do it again’ is the important, though limited, learning that mistakes offer. It’s limited because knowing one thing not to do is rarely enough to tell you what to do instead.

The route to success is not dependent on any particular number of failures. In the scientific lab, for example, success may depend on getting a range of results, some of which can be called ‘failures’ – though I prefer ‘information’, as those ‘failures’ will have been budgeted for if the enterprise as a whole expects to continue. R+D labs will typically have shelves of rejects alongside better-and-better prototypes. The profits are generated by the ones that worked – a neat model of appropriate risk-taking.

So, if we are tempted to talk about mistakes, can we all stand by these tenets, on and off-stage?

These can lead us to a more profound consideration of risk – an area that improvisation is fantastic at exploring and which generates valuable insights.

If we are talking about risk, let’s call it that. If we must focus on mistakes, let’s say sensible things about them. If we have an insight from the stage, let’s check how well it transfers (if at all) beyond performance. For Applied Improvisation to be taken seriously and to fulfil its extraordinary potential in the world – and that’s what’s been guiding me for 20 years as co-founder and one of the leaders of the Applied Improvisation Network – then we need clear concepts as a firm foundation for what we are doing.